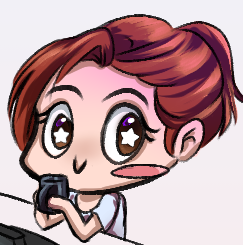 I had a dream that my friend, my housemate, had gotten an awful boyfriend who sat on my couch and badmouthed me, gotten this piece of sheet car she couldn’t drive and parked it right behind my car in the driveway so I couldn’t leave, and had started moving in giant Tupperware of trash – literal trash – into the house. In this dream, I kept telling her to clean it up, but she kept saying “I’ll get it, don’t worry. Trust me!” and I was like… I can’t see my floor, I can’t leave the house, I can’t get into the kitchen.

I finally had enough of it and went to clean out the garage myself so I could leave, but it was too hot. I got too hot and died. And dream-friend didn’t notice I was missing until the police came looking for me and they found my desiccated corpse curled up in the garage.

I was trying to clean up a mess that wasn’t mine and it killed me, because there’s no way to a) do it by myself, b) it wasn’t my place to do so anyway, c) I was allowing her trash to pile up in my space instead of forcing her to deal with it herself.

Not literal trash, of course, but mental trash, emotional trash. Examples of Trash Thoughts include “No one likes me. I’m just not a likable person. No one is ever going to like me.” Trash! Throw it out!

“I can’t wear bright colors because someone will notice me and realize I’m fat.” TRASH! THROW IT OUT!

“I’m no good at anything I try, so I just shouldn’t try.” NO! STOP and THROW THAT SHEET OUT!

Seriously, imagine taking that thought, crumpling it up, and throwing it away. This helps divorce yourself from the thought, make it less intimate, less about you and more of an object that you don’t need.

Also. You can’t clean up other people’s trash.

Don’t get weighed down by other people’s trash thoughts. You deserve to have a clean mental house. You deserve to have your space, and if your friends (or family) only come to talk to you when they’ve got toxic trash to dump on you, maybe you aren’t really friends? You’re not responsible for other people’s happiness and you can’t clean up their messes without their active and willing participation. Otherwise, you’re just enabling them to be messy slobs and you’re just collecting THEIR trash. Are you being paid to be a garbage collector? No? Then stop it!