I started a publishing company, as a few people may be aware. I’ve signed 2 authors, and, as of today, have one book in review for printing. I’m aiming to have it for Imaginarium. I hope there are no delays…. x.x

So that’s super exciting going on. I’m looking forward to selling it. The cover was done by our lovely NAni, they’re going to be the artist for the TOTALITY series. super fun :)

I’ve gotten my new covers for books 2 and 3 of the Natan Fleet Show fixed and in review now too. I’ve still got copies of the old cover left to sell, so there’s not so much rush to get those done as it was for PTH. Which IS done. I’m taking 48 copies to Imaginarium. The two copies that got presold are in their owner’s hot little hands. I sincerely hope they enjoy! :)

in the meantime, I’m going to rest a moment. Its been GO GO GO for so long I’m tired.

IN THE MEANTIME PLEASE CHECK OUT DANGER AROUND MOUNT PALLIN

I’ve finished getting the new cover for Playing the Hero fixed and it’s now up for sale once again. I’ll be taking copies of it to Imaginarium in Louisville KY too, though, so if you want it signed, come an GET EM! :)

Beyond that, work on the publishing company I’ve started (Moirae Publishing) is proceeding. We’ve got 2 authors signed – aside from myself – and we will have one of those books (Totality: The Militiaman by J. D. Huffman) available at Imaginarium as well.

I’ve not had the chance to really focus on Shaxia. :( I’m working on getting people to delegate some tasks to in order to free up more time for me to write, but life has been very busy lately and I haven’t even gotten to play on Tumblr much either, so its not like it’s been all fun and games for me.

But I have been working on the webtoon Danger Around Mount Pallin. We have two chapters posted. We will have chapter 3 posted shortly… If you like, subscribe, and share the comic, send me proof and I will mail you a poster!

Also check out the Patreon for sneak peeks of stuff, like descriptions of aliens, scenes from Shaxia, pics in progress from my ARTIST, and more! 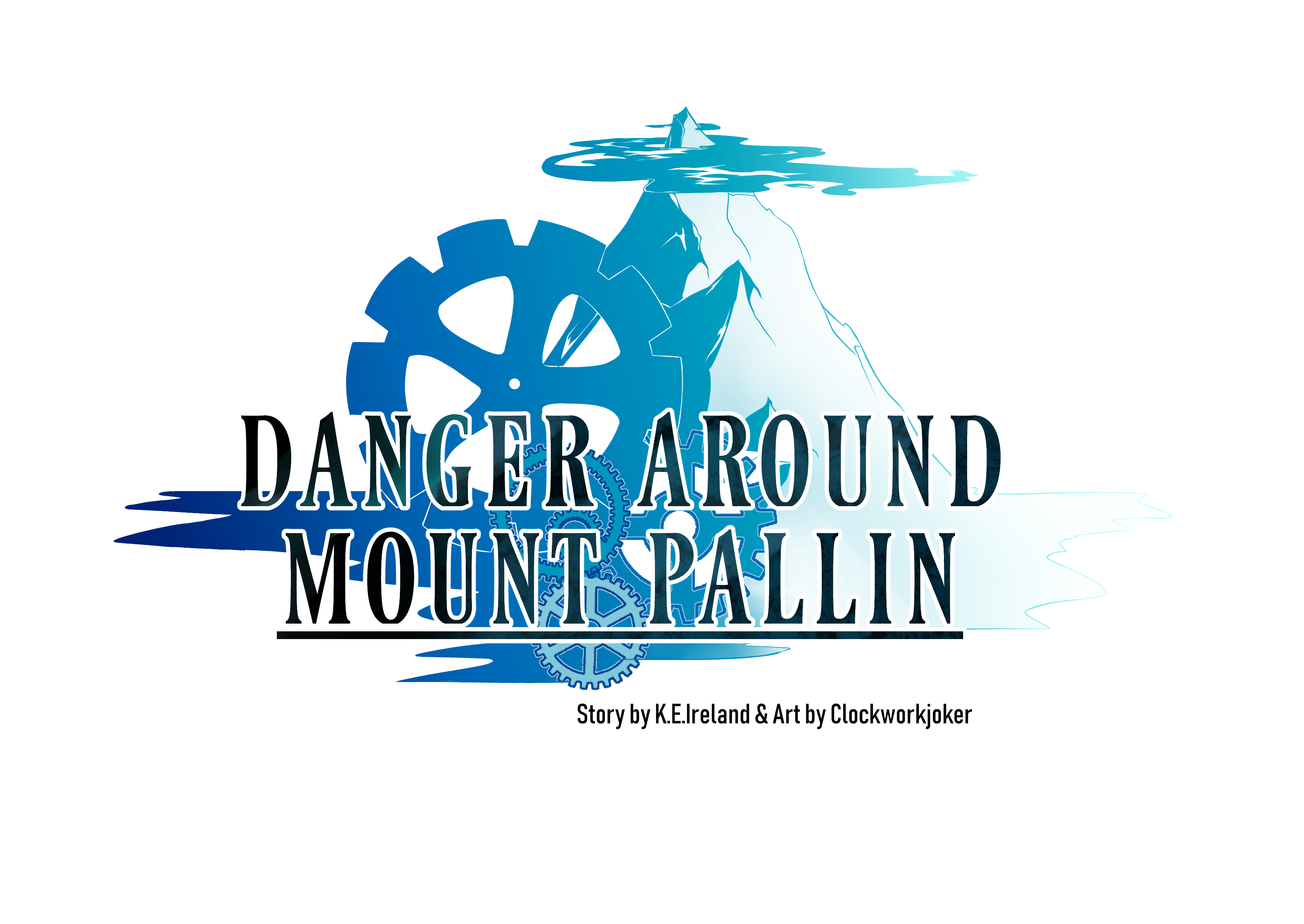 Eloi lived in a small town at the base of Tonjango Mountain. His family wasn’t poor, but they made do. His father was a miner, pulling Etheria crystals from the mountain and Eloi expected to learn the trade as his father’s father passed it down to him. His uncle, however, saw the boy had potential to be a guard and was teaching him how to defend himself when the accident killed Eloi’s father. Shortly afterwards, the mine was purchased by the Bruskur Mining Company and life in town got steadily worse.

Three years later, Eloi accidentally discovers that the cave-in was no accident, and that those who had died were targeted by the owner of the Bruskur Mining Company. Bruskur wanted to purchase the mine and replace all the people who worked in it with his own men. However, since the mine was owned by the town as a collective property, he was faced with opposition, mostly from Eloi’s father, who was head of the town council.

Swearing he will get justice, the eighteen year old Eloi tries to stop further mining of the mountain through sabotage while he sends letter after letter to the Judiciary of Avlon, requesting an investigation. When a letter is finally answered in the form of a brigade from Avlon’s army, Eloi’s entire town is burnt to the ground. He barely escapes with his best friend, Cammie, and one of his father’s old friends, Bo.

Swearing revenge, Eloi sets off on a journey to Avlon’s capitol, intending to take this matter to the king, and if the king is behind it, as the rumors suggest, he’ll settle for taking the king’s blood while he’s at it.

His signature look is twin blades and long red scarf.

Dalziel is the crown prince of Avlon. His father, the king, made him the leader of Avlon’s army. During the events of Danger Around Mount Pallin, the heroes kill his father and Dalziel takes over as a warrior-king. His ambition is to take over the whole world. His threat is credible, since he has four generals who are very dangerous in their own right, but adding to their power is the sixth, mostly unseen presence of the Drakna, who seek to plunge the world into the endless chill of death.

Dalziel’s memorable features are his long silver hair and katana.

In Briar’s fanfic, he was released from the spell the Drakna cast on him by Briar and helped the heroes defeat them. In the end, he abdicated and set up a government for the people by the people and founded the Knights of Emelet with Briar Rose.

He didn’t really have a good relationship with his father, given that his father was possessed by the Drakna. His relationship with his son is mostly due to Briar Rose’s influence. She told him to spend time with his son, and that he could teach Fenris things, but give him encouragement from time to time too. “The boy looks up to you, you’re his DAD. Don’t you remember being his age? Don’t you remember thinking your dad was the greatest person in the world?” Dalziel tries hard to give Fenris his full attention when they’re together and not dismiss what his son has to say. But it’s been difficult for the last year since Fenris looks so much like Briar Rose and its just… painful.

I have a Patreon.

I’ve recently combined it with Clockwork Joker’s in order to produce more consistent and variety of updates. We’ve already got like 5 week’s worth of stuff in the queue. We’ve got a new project going for a web comic on Webtoons! It’s called “Danger Around Mount Pallin.” Set in a world run by magitech clockwork, the land turns its time and seasons like the sweeping hands of a clock, Mount Pallin in the middle, a looming mysterious peak that can be seen from anywhere in the world.

This story is for the Discovery contest Webtoons is running, so it would be grand if you could support us with likes, shares, and talking about it to your friends. It’s gonna be fun!*

We have some sneak peeks on the Patreon for it, but in short:

*in the only way I know how to have fun, which involves torturing the cinnamon rolls. MWAHAHAHAA

And while the issue is still here, its getting better. I’m glad I live in an age where the whole Ghostbusters team can be women with a derpy hot dude as their secretary.

I really like that some of the most interesting characters in the Marvel universe are the women, like Shuri, and we’ve finally gotten past that whole “The worst thing a woman can be is infertile.” (yeah, well the worst a man can be is infantile, and that’s not stopped most of them.)

I need to do better in my writing too. Goes back to that whole Representation theme. I do plan on giving Mirith Hayden her own books; making her face the fact that she’s built her life out of trying to be perfect for a stupid boy and if he’s gone, then what’s left of her?

I got nuthin today…

I’ve been busily working on Shaxia, though. So there’s that!

Daharn would have climbed the wall if he could find any kind of hand hold.

“Nyxa!” Hasabi huffed as she came barreling out the door after. “Get back here and put on your panties!”

The toddler cackled from around the bend. Hasabi was soon out of sight as well.

yeah… that’s Natan’s offspring for sure. :)

i didn’t put on pants for this